March 8, 2022: Discover the portraits of 7 inspiring women at Novelis

On the occasion of the International Women's Rights Day, we decided to highlight the testimonies and visions of 7 of our female collaborators.

At Novelis, we want to redress the male-female balance in the Tech sector where women are still poorly represented. We are proud to count more than 42% of women in our teams, whether they are engineers, developers, RPA experts, recruiting managers, UX designers, sales people, managers...

We believe that tomorrow's Tech will be a parity one.

Only 3% of software founders are women, what do you think?

“Tech is traditionally a more masculine environment and some software companies are over 15 years old, a time when women were still less visible in the entrepreneurial ecosystem.

Despite this alarming fact, actions are being put in place to fight these inequalities and to help women who want to join the Tech world. This gives us hope to make things happen.”

Why is gender diversity in the Tech sector important?

"To encourage female ambition: implementing a gender diversity policy in the workplace motivates women to advance to more senior positions in the company and helps them achieve their goals."

How does it feel to be a woman in Tech?

“As a kid, I was so impressed by the advanced technologies in science fiction movies and fascinated by the rapid growth of the world, that I immediately wanted to contribute. Hence, my passion for technology and my decision to go into this field.

At the age of 15, I started programming scripts and developing websites and 3D animations. So passionate, I spend entire nights developing and reading about these new technologies.

What advice would you give to young women who want to get into RPA?

“If you are passionate about new technologies and you like to see your virtual robots doing tasks for you, then RPA is for you. What are you waiting for to turn to RPA? A good knowledge of programming and modeling logic diagrams is essential in this field, so I advise you to start learning and familiarizing yourself with one of the RPA tools (UIPATH, Blueprism…).

Nothing is difficult, all the resources that can help you learn are OpenSource (available on the internet).

And above all, don’t give up on your dream, it’s with a lot of passion and patience that you will get there.”

Only 5% of women are at the head of a company in the world, what do you think is the reason for this and how to change things?

“Beyond this notion of positioning, it is interesting to observe the means by which they reached a management position.

While only a few of them reach it through internal promotion, the majority of them start a company or take over a company.

Although still in the minority in management positions, women are nevertheless gradually making their way to the top of companies.

Four women head or are about to head CAC 40 companies, at Engie, Veolia, Suez and Orange.

However, within the executive committees, nearly two-thirds of women hold functional positions at the head of marketing, human resources or legal departments, while operational functions (general management, sales, etc.) are held by a large majority of men.

Indeed, women are often described as good financial managers because they are very cautious, which favors them in terms of savings, but less so in investment.

In addition, some believe that parity is not very much encouraged in sectors of activity that are anchored on almost exclusively male models (e.g., banking, industry, etc.).

Executive committees are getting younger and younger and are welcoming a new, more mixed generation: a new hope to see parity more strongly expressed in access to management positions!"

Is there an exceptional woman who inspires you?

"I admire passionate women who, after being inspired by a person or a cause, have become inspiring in their turn. I think everyone knows what a passionate woman is capable of... and that she is therefore by default the most likely to carry or defend a fight.

Being very sensitive to the animal cause, I have always admired Jane Goodall, a pioneer primatologist in the research on human-animal relationships who invested herself very young in the preservation of the wild animal life of Africa.

After working on archaeological digs in Tanzania, she conducted research that led to major discoveries about chimpanzees by observing them from the trees and living among them with only a notebook, binoculars, and a few belongings in a very rudimentary and hostile environment.

Jane has been a lifelong advocate for wildlife protection and continues today to educate new generations about the dangers of pollution and deforestation on wild animals, including chimpanzees.

At 87 years old, she still travels extensively to alert public opinion and to raise awareness of the dangers facing our planet through conferences, symposiums, etc.

She also created a foundation, the Jane Goodall Institute for Wildlife Research, Education and Conservation. "

In our sector, women represent about 18% of the research staff, what do you think?

"I think that more women should be encouraged to study professional careers related to technology.

I understand that in the past these careers were linked to the male sector and unfortunately this stereotype still exists among some people, however, women are capable of developing software, coming up with ideas and completing a project.

I hope that more and more women will be integrated into research, that the many clichés that still prevail in some societies will be broken and that women and men will be able to realize their dreams regardless of gender. "

If you had one thing to say to women wanting to pursue R&D, what would it be?

"I would tell them to go for it if they really want to do research! If you do your job well and especially if you like what you do, you will always have great opportunities.

Being a woman should never limit your professional choices."

17% of developers are women, what do you say to people who tell you that you do a man's job?

"It's true that the new technologies and computer science sector is still too masculine, but the number of female developers is constantly increasing every year. Did you know that the first algorithm to be executed by a machine was invented by a woman: Ada Lovelace?

In addition, women are by nature more organized and detail-oriented than men, very important qualities to succeed in the development profession."

Women's leadership, what does it mean to you?

"In the past, women were not involved in the world of work, which led to inequalities. But today this has changed, thankfully and women are taking more and more leadership positions in all fields.

We cannot deny that today women are a minority in leadership positions, but the important thing is that their number is steadily increasing. It will surely take time to achieve equality at this level. "

Do you think being a woman in a male environment is an asset?

"Yes, this can sometimes be an asset as the Tech sector is mostly represented by men. This is just me, but I think that a woman will be able to target user needs better than some men."

What do you think are the stereotypes of women in the workplace?

"Beyond the classic stereotypes, I think that we don't feminize the Tech professions enough. It's easier to talk about a computer scientist than a female computer scientist for example. I think this is due to the fact that women are more likely to go into literary careers and men into scientific careers.

So I encourage all women who want to go into a career that seems to be for men, without being afraid to confront certain stereotypes!"

Would you tell us about the gender parity rate at Novelis?

"Today, the parity rate at Novelis is 42%. When I arrived a few months ago, I was pleased to see the parity between men and women. I myself thought that the sector was still in the process of evolving on the subject...

The group's natural desire is to seek out talent and we are fortunate to be able to count both men and women."

How to change mentalities on gender equality in companies?

"To do this, it is necessary to deconstruct stereotypes and this takes time. There is no predefined job for one gender, despite what has been said for a long time... We will talk about skills and not gender.

The "feminization" of many sectors is now a real strategic issue! At Novelis, we like balance and value it. We'll talk about team alignment.

Let's not forget that the pioneers in the IT industry were women, I'm thinking of Grace HOPPER who is at the origin of the COBOL language and who was also the creator of a very used term: you can think of her when you use the word "bug"!

Let's stop the preconceived ideas and let the talents shine."

Other topics that may interest you

Our best 2022 content: practices and feedback on intelligent process automation

Yolov7: Artificial Intelligence for real-time object detection in an image

In this article we will discover the Yolov7 model, an object detection algorithm. We will first stu...
#Anonymization #data

Data exploitation is more than ever a major issue within any type of organization. Several use case...
#ArtificialIntelligence #ProcessIntelligence #SmartAutomation

How can Process Intelligence tools be a springboard to your operational efficiency objective?

Historical review For many years, Robotic Process Automation (RPA) solutions have emerged as the... 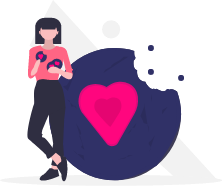